Keycaps: beyond the plastic

A tiny and almost inconsiderable aspect on each keyboard is the keycap. It is the interface between your fingers and the switch that registers your keypresses. It’s just a simple piece of plastic, right? Not really. There’s more to a good keycap than what meets the eye.

In the vast majority of cases, a keycap is either made of acrylonitrile butadiene styrene or polybutylene terephthalate, or ABS and PBT for short. Both materials have their advantages and disadvantages:

+ More durable, seldom shows any wear at all
+ Often thicker than ABS keycaps
o Matte and textured surface
– More expensive to make and buy
– Not as colorful as ABS keycaps

There is no general right or wrong. Many users prefer thick and durable PBT keycaps, while others enjoy the bright, diverse and popping color combinations only ABS can achieve. PBT keycaps are mainstays among enthusiasts that enjoy a consistent, high-quality solution for their keyboards. At the same time, some of the most individual, sought after and premium priced keycaps are made of ABS by GMK.

Materials are one thing, getting legends on (or sometimes into) keycaps is another. Let’s look at some methods manufacturers use to get letters, numbers or symbols on keycaps, and what they mean for users.

This is the most common method of applying legends to keycaps. It’s extremely versatile, cheap, and easy, but also the least durable. Pads are dipped in ink, which are then placed on the keycaps to print the desired legends. This ink is prone to wear and may fade or entirely disappear after a year of (regular) use. Pad printing is commonly used on lower price keycaps, or models that have their legends on the side, where they’re usually not being touched. With the ink forming a solid layer, the legends aren’t translucent and don’t allow for light to pass through.

Dye sublimation was heavily used in the 1980s on IBM’s famed Model M keyboards and went out of style when cheaper methods became available. However, the process itself stood the tests of time and remains one of the most durable methods. Heat is used to create a permanent bond, which will not wear off like pad printing the dye is fused into the keycap. Dye sublimation is limited in color combinations, as it doesn’t allow for the keycaps to be brighter than the legends, rendering common styles like white-on-black impossible. Dye sublimated keycaps don’t use translucent materials, rendering light shining through keycaps or legends impossible.

By many considered as the best but also certainly the most expensive process. The legend is molded from one color of plastic and the remainder of the keycap is molded around it in another color. The molding process fuses these two parts into one, making it physically impossible for the legends to fade. As the colors of the two parts are independent, high contrasts can be achieved while even the most exotic color combinations can be achieved with ease. This particular process, however, increases manufacturing difficulty, especially with PBT plastic, which is harder and usually thicker than ABS plastic. Double-shot keycaps may feature translucent keycap housings and/or legends, making them the best choice for lighting-heavy keyboard setups.
Now, with the material and legend application down, we’re left with the actual shape of the keycaps. Some are low profile, some are tall, some have sculpted tops and some don’t. There are many different types of so-called keycap profiles.

Unlike material and legend application, keycap profiles come without drawbacks when considering quality or durability. This is purely a matter of personal preference, both in looks and haptics.

Let’s look at some of the most popular keycap profiles: 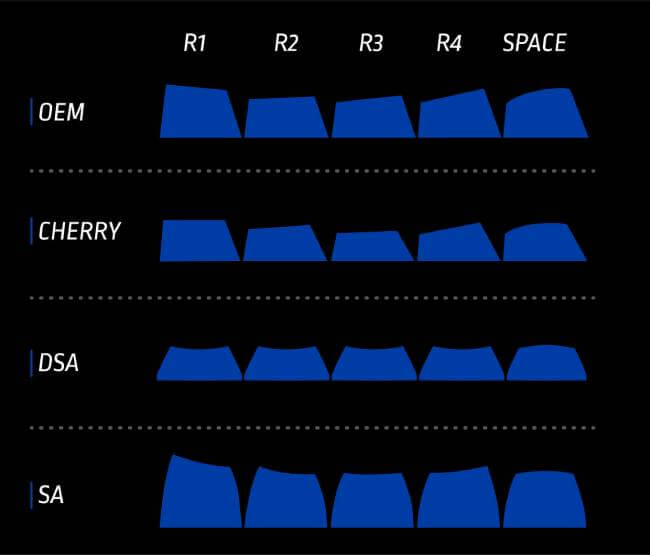 This is, by far, the most common keycap profile. It’s relatively high and features a cylindrical or sculpted top. If you ever laid hands on a mechanical keyboard before, chances are that they touched OEM profile keycaps. 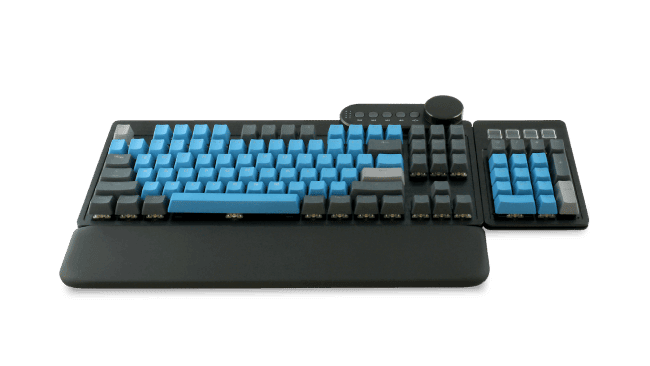 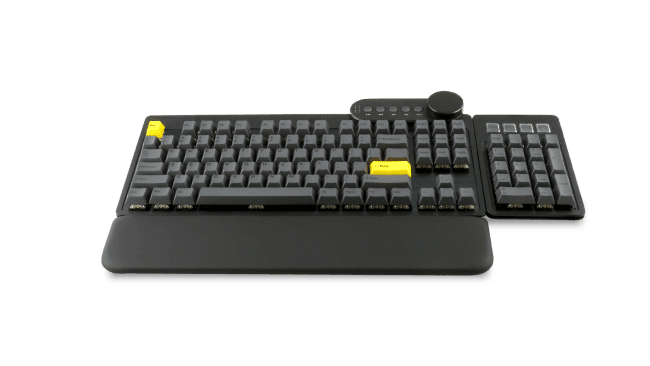 The legendary switch manufacturer uses this profile for its very own keyboards, third party keycap manufacturers have adopted it as well. It’s very similar to the OEM profile, albeit a little shorter in height. Used by GMK for their incredibly popular keycap sets.

DSA stands for “DIN, Spherical, All Rows”. It features much lighter sculpting, resulting in a flatter top, while also being considerably shorter than other keycaps. Their low profile makes them a popular choice among gamers. 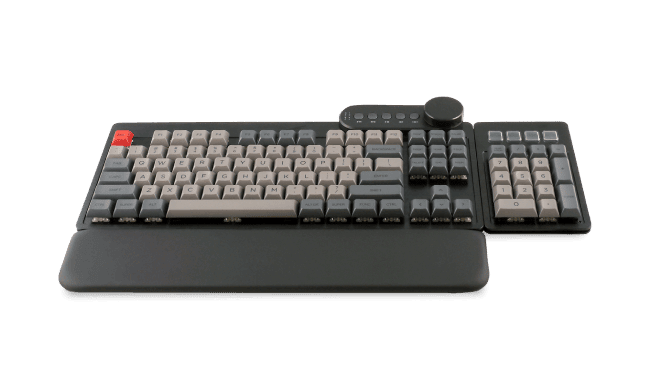 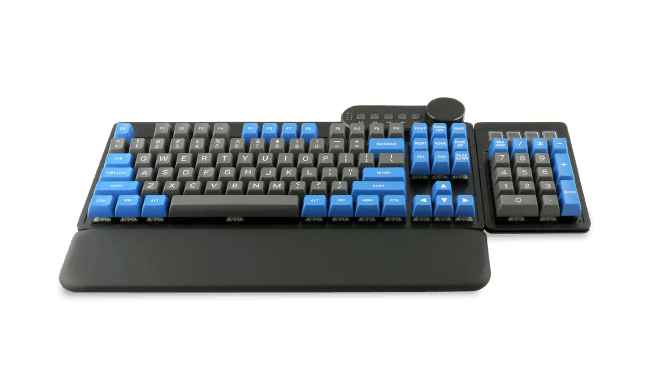 This profile is a nod to old keyboards and even typewriters that featured very high and pronounced sculptured keycaps. They are an acquired taste for some and require adaption to get into but reward the user with a very distinctive typing feel, while providing substantial volume to elevate “thocky” bottom-out sounds. Hardly ever seen as out-of-the-box keycap solution on keyboards, they are probably the rarest option on this list and typically only available as aftermarket keycap set.

After this deep dive on keycaps, you hopefully have a better understanding of the different options that are available for you. However, when it comes to knowing what’s right for you the only way to know for sure is to start testing them. To help you out we offer you a wide selection of keycaps for you to choose from and you can find them all here.

This website uses cookies to improve your experience while you navigate through the website. Out of these cookies, the cookies that are categorized as necessary are stored on your browser as they are essential for the working of basic functionalities of the website. We also use third-party cookies that help us analyze and understand how you use this website. These cookies will be stored in your browser only with your consent. You also have the option to opt-out of these cookies. But opting out of some of these cookies may have an effect on your browsing experience.
Strictly Necessary Cookies Always Enabled
These cookies are required for the website to run and cannot be switched off. Such cookies are only set in response to actions made by you such as language, currency, login session, privacy preferences. You can set your browser to block these cookies but this might affect the way our site is working.
Analytics and Statistics
These cookies allow us to measure visitors traffic and see traffic sources by collecting information in data sets. They also help us understand which products and actions are more popular than others.
Marketing and Retargeting
These cookies are usually set by our marketing and advertising partners. They may be used by them to build a profile of your interest and later show you relevant ads. If you do not allow these cookies you will not experience targeted ads for your interests.
Save & Accept